Václav Jirásek (*1965, Karviná, then Czechoslovakia) studied painting at the Prague Academy of Fine Arts (1984-1990), but he works with photography. At the turn of the 1980s and 90s he was a leading figure of the group Bratrstvo (Brotherhood) that treated in an original way the legacy of old masters, European Romanticism, 1950s communist propaganda and the iconography of British popular music of the 1980s. Also Jirásek’s later individual work consists first of all of staged photography, portraits, landscapes; but from early new millennium mainly longterm projects, sometimes taking over
a decade, in which the vehicles for his distinct visual expression become diverse socially marginalised phenomena.

The most important works include a documentation of the ossuary in Kutná Hora (Memento mori, together with Ivan Pinkava a Robert V. Novák, 1995) and Industria (2006), an extensive work documenting the fall of Czech and Moravian heavy industry and a sequel to Jirásek’s earlier series Wannieck Factory – A Farewell to the Industrial age (1994-1996). In recent years, apart from photographs from his travels, gathered in an exhibition entitled The World According to Ironym Kool (The Brno House of Arts 2015), Jirásek has focused on St Nicolas Day flying in Moravian Wallachia (Devils, unfinished) or the hoarding activities of Jedinečné Svatopěstitelské Družstvo at the chateau of Kuřivody (UPSYCH 316a, 2010). 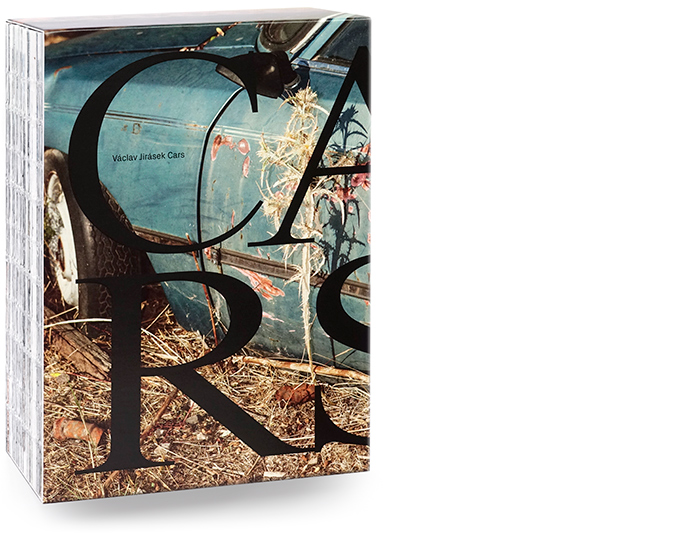